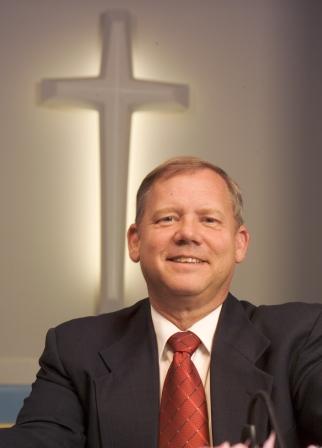 I was born in Niagra Falls, New York where shortly after my birth my parents (George & Lorraine Nulph) were saved because of the faithful witnessing and ministry of the Calvary Baptist Church. Shortly after the salvation of my parents, my father was called into the ministry so the family moved to Greenville, South Carolina where he attended Bob Jones University and received his ministerial degree.

I was saved in my father's first church, Grace Baptist Church in Plymouth, Indiana at the age of five. Seven years later at the age of 12, God called me to preach and at age 17, I too entered Bob Jones University to study for the ministry.

I  began my ministry with Perry Hill Road Baptist Church in 1980 as Youth Pastor, Bus Director, and Visitation Director.  And in December 2004, began pastoring at Perry Hill Road after my father went home to be with the Lord.

It was that same year that the Lord had brought my wife Caroline and son Francis into my life. We were married in 2005 and have served the Lord together at Perry Hill Road since that time.  I am an Independent, Fundamental, Baptist preacher who stands without apology for the old time religion and the Gospel.